Went for a modest 3 chip win .. I got spoked by the new Dealer LOL .. Thanks for all your comments and subscription’s : )) Cheers : )) 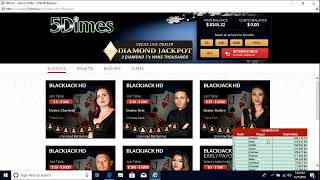