Watch more How to Gamble at Casinos videos: http://www.howcast.com/videos/511532-How-to-Make-Buy-Bets-in-Craps-Gambling-Tips

Ready to roll the dice and play craps? In this video, our gambling expert explains how to make buy bets.

I just wanted to go over buy bets in craps. Basically we have a shooter here, we’re out on the nine, and he’s got a pass line bet in odds and he’s decided that he would like to place a bet on the four, but he’s not too happy with exactly what it would pay out.

Remember what I told you about the true odds, in an earlier video, that you get what the free odds bet? There’s actually a way where you can lock in that kind of rate for a small, small fee and it actually comes out a little better than place bet in a lot of situations. Let’s say for the shooter here, he’s waiting for a nine to come up and in the meantime he would like to bet the four. Alright? And if you were to bet the four, if you’d bet $25, i you were to place the 25 on the four, then what would happen, if the four comes up, he gets paid nine to five. So he’s going to get $45, which isn’t bad, alright?

But what could happen instead, you can buy the point, right? And if you buy the four, you make a notation to the dealer to buy the four. So what will happen then is that when the four comes up, instead of getting paid 45, you’ll get paid true odds of 50. The only things that’s gonna cost, it’s gonna cost you a commission or a fig of 5%. It’s 5% rounded to the nearest dollar of the money that you bet.

So what would happen there it be the player would have to throw in $1 to cover the buy bet. Some casinos require to place the dollar before the outcome, some places allow you to do it after the outcome. After the outcome is a little better for you, but otherwise it’s the same thing. So instead of getting paid $45, they’re getting paid a net of $49, which, in the long run could keep more money in the players pocket, which is always a good thing.

In the case of five, nine, four, and ten, that comes to your advantage to buy six and eight. It’s so narrow compared to the place bet odds of six to eight. It’s generally not worth it to buy the six or the eight, and all the years I’ve been playing I’ve never seen anybody do it, but it is technically possible. You can buy the six and the eight. Recommended for the four and the ten, I would take that over a place bet any day. And that is the buy bet in crabs. 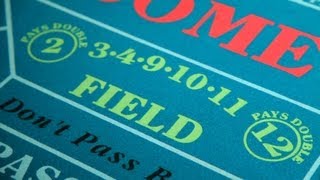