Here I go up on the dont by 1.5 win or lose. Interesting to see how it plays out 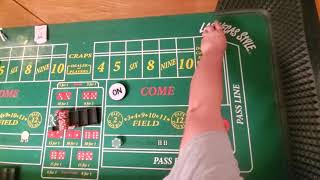 9 thoughts on “Craps strategy. The 1.5 DONT no Matter What!”