For example, if two players limp in before you and you’re on the button, it’s usually better to raise than call because by raising, there’s a good chance you’ll only be up against one or two players post-flop, instead of three or four. It’s always better to have less players in the hand because it makes it way easier for you to win the pot, especially when you’re in position. When there are more players in the pot, there’s a better chance one of your opponents will flop a big hand so it’ll be harder for you to bluff. The isolation play also works well to protect your big hands.

When you have a hand like pocket aces it’s always better to limit the number of opponents which will make it less likely for your premium hand to get outflopped. Using the isolation play is easy, just raise or re-raise instead of calling. Watch the video to learn exactly how to use the isolation play to win more money at the poker table, and watch the full series to put powerful new tools in your poker tool box. 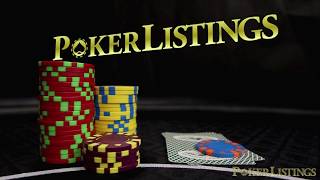