Hey, I’m Nikki Numbers. I’m a professional poker player and one of the most common questions that I get asked us how much to tip the dealer. Now, there’s two situations in which tipping dealers regularly occurs. One is in cash games and the other is in tournaments. We’re going to address tournaments first because that’s very straightforward. A standard tip is 3%. 3% of whatever money you make in the tournament you tip to the dealers. The thing is that in most tournaments your playing, they are already withholding 3% for the dealers, so when the casino or the poker room already withholds a tip for the dealer, any tip you do is just a token amount, it’s a gesture or it’s pure generosity. By all means send the dealer your entire winnings in the tournament if you want, that’s entirely up to you.

Just like in a restaurant tipping is of subjective endeavor. So while 3% is a standard tip for dealer’s in a tournament, just like 15% or 18% is a standard tip for the wait staff in a restaurant. Many people choose to leave more and many people choose to leave less. Now, in the case of a tournament I really suggest you always leave 3% but as I said the house usually holds it for you so anything you tip on that would just be for excellent service or because you’re feeling particularly generous. Now, cash games on the other hand, tipping is much more frequent. It standard to tip every single time you win a pot regardless of how big or small the pot is. However, what most people get wrong is that they tip relative to the size of the pot when they should.

The dealer performing the same job every single time they deal whether you win the hand, lose the hand, win a huge pot, or loose a huge pot the dealer had absolutely nothing to do it, they were just controlling the cards. They didn’t control the outcome of the hand, so you should tip a consistent amount.

When you’re playing cash games like one to a limit or two five no limit or even five ten the limit and higher. A dollar tip per head is fair for the dealer. Most dealers get out around 25 hands per hour so if everybody’s tipping the dealer a dollar they’re going to make a very good wage. Most people make the mistake of tipping more when they win a big pot and not tipping at all when they win a small pot. If you just tip the dealers very consistently, they’ll be happy. If you want to tip generously, then two dollars for every hand you win would be really generous. Anything above that would just be purely benevolent. However, it’s important that you keep in mind that when playing cash games the hourly win rate that you make is directly affected by the amount of tips that you give, so if your regularly tipping five and ten dollars a hand for a big pot it could completely keep you from being a winning poker player.

That’s okay if you’re not focused on winning, maybe you’re playing poker for the entertainment or the social aspects or for whatever reason you’re playing the game. If you want to tip by all means go ahead and tip. However, just note that that directly comes out of your hourly win rate. 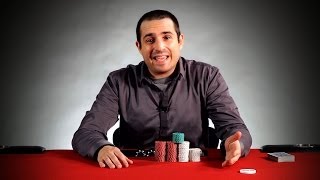