I broke the Blackjack Code when I was only 21 years old in Las Vegas after only playing the game for 3 hours.

I hope all of you can get something out of this free blackjack course showing the blackjack code and can learn something from it and the next time you take a trip to Las Vegas you can use this code system of playing blackjack and make some money for yourself.

P.S. You can find the last missing video and watch it through the following link:

This blackjack video was recorded from a million dollar home in Las Vegas overlooking all of Las Vegas: https://www.youtube.com/watch?v=uA1X5CNfuDA

Just for a little trivia information: When I first went to Las Vegas and played at Caesars Palace I was 21 years old, but what I haven’t mentioned is that the movie “Rain Man” was being filmed at Caesars Palace. That wasn’t the first time I was on a movie set with Tom Cruise. I also was on set in 1986 where I was working on the USS Ranger located in Coronado San Diego and met some of the cast and talked with Kelly Mcgilles and saw just about everyone and got to watch some of the scenes being filmed. Also in 1979 I got to play football as the quarterback at Candlestick Park in San Francisco. We got to play during half time for exhibition, we won. We went undefeated the whole year, and I was number 12, the QB. Later I would go on in life to become a scientist, a philosopher, and study my whole life. I broke the blackjack code in 1988, broke the financial systems code in 2006, broke the Freemason Code in 2010. Now I live my life in Thailand and I’m currently 51 years old, this was me at 48 years old in Bangkok Thailand when I first arrived here: http://3.bp.blogspot.com/-0iXhU3fqQCk/VjMg_abpFvI/AAAAAAAAA9c/lpKzSkrvU2w/s1600/IMG_0404

For even more trivia, the Head Coach for both the Packers and Seahawks Mike Holmgren: https://en.wikipedia.org/wiki/Mike_Holmgren
Was my coach in 1979, he is the one who trained me to be a quarterback and selected me for this as I could throw a football further than anybody he had seen before. When I grew up and become an adult I could throw a football 70 yards. In 1979 OJ Simpson was there, and we all got to meet Freddie Solomon who came over to us and talked with us. We were on TV during half time but to this day I’ve never seen any footage 🙁 I would be interested in getting my hands on such footage, the game was between SF and the Bears, and the Bears won, it was 1979…… 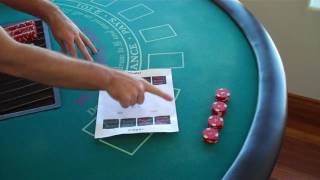