Professor Colin G. West explains just how good Poker AI has become and what we can take from it to outplay our human opponents. 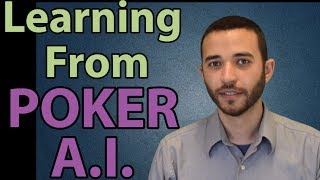 10 thoughts on “Poker Science: What can we Learn from Poker Artificial Intelligence?”