In this live poker webinar Jonathan will be analyzing some of the biggest cash game pots played on the very popular Hustler Casino Live Stream.

Jonathan will be looking at hands played by Alan Keating, J.R., Nik Airball & Handz who have all been regulars on the HCL stream this year.

Hustler Casino Live has done a fantastic job of bringing poker to a new audience as they have had some extremely popular content creators on the show including MrBeast, Ninja, xQc & Alexandra Botez. They also have their Max Pain Monday show that adds a little extra dynamic to the game where slowrolls are encouraged! 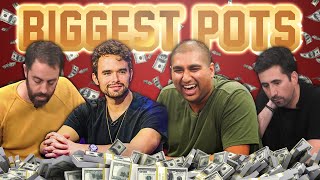